A Treatise on Turbidity and TSS 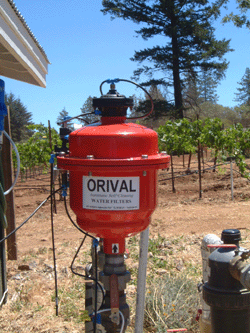 When two distinct physical parameters are used interchangeably, an intimate understanding of both is in order to know when this is justifiable. Two such parameters are turbidity and total suspended solids. In many industries today the concentration of total suspended solids is of utmost importance to quality control and process optimization. However, the measurement most often employed is turbidity.

Before pursuing why this is so, a definition and discussion of each is in order.

For the purposes of simplicity, the assumption will be made that the carrier fluid is liquid water throughout this treatise. Total suspended solids or TSS is to be differentiated from total solids, settleable solids and dissolved solids. As inferred, total solids is the sum of suspended, settleable and dissolved solids. Total solids is all the residue left after a volume of liquid sample has been totally evaporated away in an oven held between 103 and 105°C (217 and 221°F). This is expressed as a concentration usually in milligrams per liter (mg/L) or for water this is equivalent to parts per million (ppm).

In many industries today the concentration of total suspended solids is of utmost importance to quality control and process optimization.

Settleable solids are those materials that settle out of a suspension within a specified period of time. Floating material may also be included in this definition. The results are expressed as milligrams of solids per liter of water (mg/L or ppm). These solids may or may not be a problematic issue in water usage since they primarily remain in the bottom of a sump somewhere and are seldom entrained in the water flow.

Dissolved solids, formerly referred to as filterable solids in Standard Methods for the Examination of Water and Wastewater prior to the 16th edition, are those solids small enough to pass through a filter of 2.0 micron nominal pore size. These are dried and expressed as a concentration in mg/L or ppm. When dissolved solids concentrations become so high that they begin to precipitate out of solution due to saturation, they can become a big problem. This is usually minimized in industrial applications by blowdown and dilution with fresh water or by artificially raising the saturation point with proprietary chemicals.

The solids retained by the filter in the procedure just described are defined as suspended solids. Standard Methods uses method 2540D labeled “Total Suspended Solids Dried at 103-105°C” to determine the concentration of TSS in a water sample. The use of 103-105°C temperatures prevents any volatile solids from being driven off with the evaporating water. However, these low temperatures make the test procedure an iterative one to determine when all the water has been removed. Therefore, the simple test takes many minutes or hours of time. Another note of importance is that the results are not the TSS of the process water but only of the sample collected. This may or may not represent the total process water volume.

Why is TSS important? Suspended solids can adhere to heat transfer surfaces such as those found in heat exchangers, cooling ducts and radiators. As these solids form a layer on the heat exchange surfaces, the heat transfer coefficient is greatly reduced affecting the rate of heat exchange. This can have devastating effects on processes requiring temperatures to be held to very tight tolerances. Where tolerances are not so tight, an increase in water flow rate is required to maintain steady state temperatures in a system thereby raising energy costs to provide the additional horsepower needed. Other applications include nozzles that must be protected from solid particles large enough to plug the orifice of a nozzle. By keeping TSS concentrations low and by providing a physical size cutoff in particles in the system, such nozzles can be protected. The reasoning can be totally different in cooling tower “health” and many municipal applications. Very few microbes can actually replicate in a free floating state. They must adhere to a surface stratum to reproduce. Suspended solids provide enormous surface areas when all the particles are taken in aggregate. Less TSS means less surface area on which microbes can reproduce, thus less microbes. Organic TSS can also sequester disinfectants such as chlorine and ozone requiring more of these products to successfully control potential pathogenic microorganisms.

Now that we know what TSS is, how it is determined and why it is important, let us look at turbidity. While TSS is a natural parameter, turbidity is a little more ambiguous. Standard Methods says it best when it describes turbidity as: “an expression of the optical property that causes light to be scattered or absorbed.” Light is “scattered or absorbed” by our old friend, suspended solids. However, whereas TSS is simply a mass per unit volume (i.e. milligrams per liter) or “how much” and has no regard for what makes up the particles, turbidity is a measurement of how those particles reflect and absorb light. It is not necessary a question of how many suspended solid particles there are nor the total mass of such particles but has more to do with their size, shape and refractive index. In very simplified terms, turbidity has little to do with “quantity” and a lot to do with “shiny.”

The measurement of turbidity has changed throughout the years. Originally a long glass tube, similar to a long flat-bottomed test tube, was held over a candle flame. A laboratory technician would look down through the tube at the candle's flame and slowly pour water into the tube. When the cloudiness of the water caused the flame to disappear in the eyes of the technician, the depth of water was measured in the tube and this became known as the turbidity and was expressed in Jackson Candle Units. The tube became know as the Jackson Candle Turbidimeter. This early definition of turbidity dealt less with the

scattering of light and more with the absorption of light and really measured the light transmissivity of the water sample. As time went on the device to measure turbidity took on the form of a tungsten filament light source at a color temperature of 2200 to 3000°K that impinges on a water sample held in a clear glass sample cell. A spectral peak response detector tuned between 300 and 400 nm was located at an angle to the incident light beam to measure the amount of light reflected towards the detector. Eventually this angle, which varied from laboratory to laboratory for a number of years, was fixed at 90°. This instrument is called a nephelometer and gives values in nephelometric turbidity units or NTU. It is now the standard instrument for turbidity measurements. A specified concentration of formazin suspension is defined as 4000 NTU and is used to calibrate all nephelometers today.

What is the quandary? Turbidity is often used as a surrogate for TSS. It is really TSS that often needs to be monitored and controlled but, as we have already seen, TSS analysis is an inexpensive but time consuming process and gives results for a grab sample only. A nephelometer can measure turbidity on a continuous real-time basis. It requires no wait and a continuous chart recorder can give hard copy records over long periods of time. In most cases turbidity is measured simply because of convenience. In many applications an empirical relationship between turbidity measurements and TSS values can be determined within acceptable limits. Other times there is no relationship nor can one be inferred. Many particle properties can affect turbidity. Shape, size and surface characteristics can have a big influence on turbidity but do not correlate to TSS concentrations. Smaller particles tend to impact turbidity more than larger particles but larger particles affect TSS concentrations more than small ones. The smallest black dot on this page distinguishable by the unaided eye is somewhere between 40 and 50 microns in diameter. Turbidity is influenced greatest by particles less than 5 microns in size. Think of a water sample with a TSS value of 100 mg/L made up of carbon black particles. The reading on a nephelometer measuring light scattering will be quite different than a sample having 100 mg/L of aluminum spheres. If the TSS is always made up of carbon black of similar particle sizes then a relationship may be established. But if materials that constitute the TSS vary or the particle sizes and shapes vary with time, a TSS/turbidity relationship probably will not exist.

When measuring turbidity as a surrogate for TSS, simply remember that it is just that, a surrogate. Know that the established relationship between the two may vary over time so recheck the conversion with periodic TSS analyses done in a certified laboratory. The ORV, ORG, OR and ORE series of automatic self-cleaning screen filters from Orival, Inc. are designed for the removal of TSS. Screens with micron ratings from 3000 microns down to 10 microns are available with filter sizes ranging from 3/4” to 24”. Single units have flow rates from 10 gpm to 12,000 gpm and multiple units can be installed on Orival fabricated manifolds for unlimited combinations. With a given TSS and a particle size distribution, Orival specialists can tell you the TSS reduction obtainable from any given screen rating. However, the turbidity reduction cannot be accurately determined but only estimated for reasons previously presented.