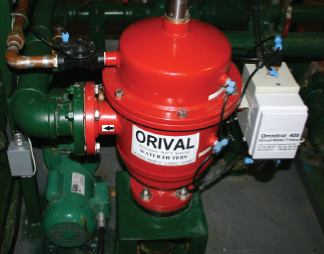 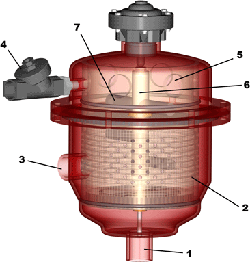 As a “Green Power Certified” producer of electricity, St. Catharines Hydro Generation is proud of its two generation stations: the Port Weller Digester Gas Cogeneration Facility, and the Heywood Generating Station located at the entranceway to the Port Dalhousie Harbour.

Stan Heywood saw his hard work in promoting the latter power station pay off when the plant became commercially operational in the spring of 1989. Producing 40 million kilowatt-hours per year, this plant provides enough electricity to light up over 2,000 homes in the area. It was built beside an existing control structure formerly owned by Ontario Hydro. This control structure, along with two new Escher-Wyse water turbines, make up the Heywood Generating Station. The station generates approximately 6.5 MW of electricity, utilizing water flowing from Twelve Mile Creek and Martindale pond.

The turbines generate power from the movement of the water but no mechanical/ electrical device is 100% efficient. Extreme amounts of heat result from this process. The station originally purchased city water to cool the turbine pump seals, costing over $6,000 a year. While “free” water was available, the quality was insufficient for cooling pump seals. Debris in the water, whether sand, grit, algae or clams, had the potential to destroy the seals being cooled or grind away at the turbine shafts.

In 2006, a decision was made to install a filtration system and utilize the “free water” surrounding the Heywood Generating Station. After investigating the options, an Orival ORG-030-LE Automatic Self Cleaning Water Filter was installed with a 25-micron stainless steel weave-wire screen element capable of filtering up to 175 gallons per minute (gpm). To give some understanding of this filtration degree, a normal human hair is about 100 microns in diameter. Put another way, the smallest black dot on a piece of white paper visible to the unaided eye is between 40 and 50 microns.

The ORG filters use line pressure to power the self-cleaning mechanism for higher efficiency and lower capital cost.

Using Figure 1, one can follow how the ORG-030-LE filter operates:

All organic and inorganic particles 25 microns and larger are instantly stopped by the screen. As this debris accumulates on the inner surface of the fine screen it forms a “filter cake” that acts as a filter aid, trapping many particles much smaller than 25 microns. This imparts a substantial degree of filtration finer than the weave-wire media alone can provide. This filter cake creates a pressure differential across the screen, which, upon reaching a preset level of 7 psi, initiates the automatic self-cleaning rinse cycle. All functions of this rinse cycle are controlled by the factory-supplied control system. The control system begins by opening the rinse valve (4) to an atmospheric drain.

As a result, pressure drops in the hydraulic motor chamber (5) and dirt collector assembly (6). The pressure drop creates a backflush stream of over 50 feet per second at the nozzle openings of the dirt collector assembly. These openings are within a few millimetres of the screen surface and suck the dirt off the screen similar to a vacuum cleaner. The backwash water is carried through the collector and ejected out of the holes in the hydraulic motor (7). All debris is expelled through the rinse valve.

The water being ejected out of the hydraulic motor causes the collector to rotate, similar to some types of lawn sprinklers. In addition, the pressure drop in the hydraulic motor chamber forces the collector assembly to move upward. This combination of rotational and linear movements ensures that every square inch of the screen area is thoroughly cleaned during each rinse cycle.