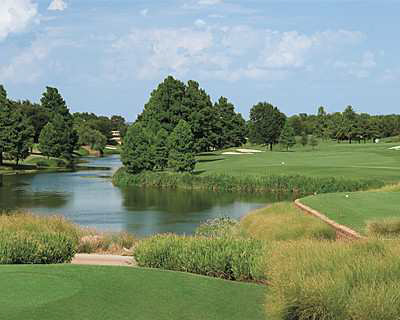 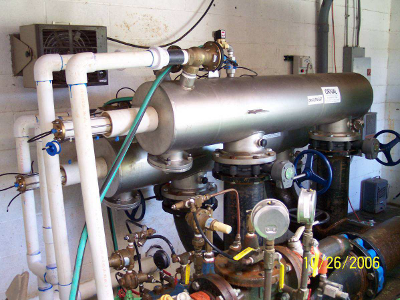 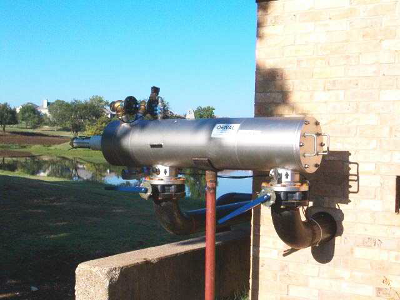 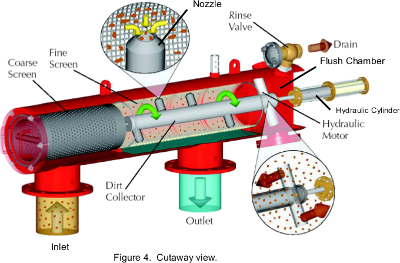 It is estimated that 30-36 million Americans play golf. That’s nearly half of all golfers in the world. And many of those golfers play at TPC Four Seasons Resort and Club Dallas at Las Colinas located in Irving, Texas. See Figure 1 for one of the many fantastic views of the area. The resort covers 400 acres of rolling North Texas hills located just minutes from downtown Dallas. Four Seasons not only sports a challenging par 70 18-hole course designed by Jay Morrish but is also home to the Byron Nelson Golf School. And who hasn’t heard of the Byron Nelson Championship, a PGA Tour event that is held annually at Four Seasons.

To sustain the popularity, prestige and professionalism of this course all greens were totally rebuilt in 2006. Irrigation is required to maintain these greens in perfect condition, especially in southern US latitudes. Therefore, the irrigation system was refurbished along with the greens. Four Seasons has three major pump stations for the irrigation systems in three distinct locations yet drawing water from the same interconnect pond/stream system that is fed from stormwater runoff from the resort grounds. This designed water source is very conservation-minded since it uses no groundwater or municipal water, leaving those sources for more critical needs. Runoff water feeding this pond contains some sediments and debris from the surrounding landscape. But more important are nutrients that are picked up by surface runoff. These nutrients are food for aquatic organism such as algae and other phytoplankton. Once picked up by the pump stations, this organic debris is notorious for plugging irrigation sprinklers and jets. One plugged sprinkler on a green means no water. No water quickly leads to brown greens with dry stiff ground cover – not something a prestigious golf course and resort wants. To keep the course well watered, labor-intensive maintenance programs are required to remove plugged sprinklers, clean them out manually and then reassemble.

Four Seasons began an irrigation improvement program several years ago by installing automatic filters on the largest pump station (Pump Station #1) designed for 4000 gpm. The 200-micron screens in these filters did a very good job of protecting the irrigation sprinklers that kept the greens green. But after a few years, the coated carbon steel filter bodies began to rust. Recently, the other two pump stations began experiencing increased suspended solids which plugged sprinklers at an increasing frequency. The maturing ecology of the pond system was producing more phytoplankton (mostly algae) thereby, increasing the total suspended solids concentration of the raw water feeding the pump stations. Paul Earnest, Director of Golf at Four Seasons decided to take a pro-active stance and install filtration on the remaining two pump stations but wanted to eliminate the rust problems experienced previously. Mr. Earnest searched for a company to provide a rustproof filter system that performed well and was cost effective. His search led him to Orival, Inc. Filtration specialists at Orival suggested a water sample be analyzed for total suspended solids (TSS) and particle size distribution on a mass basis. These analyses provided engineers at Orival additional information to design a filtration system specific to the conditions at Four Season.

Pump Station #2 has four fixed speed pumps of 100 hp, 75 hp, 50 hp and 25 hp. The maximum design flow rate is 2500 gpm at 120 psi. Two Orival Model OR-08-PS-S all stainless steel automatic self-cleaning screen filters were installed in the summer of 2006 at Pump Station #2. Each filter was equipped with a screen having a filtration degree of 100-microns. The two filters are mounted in parallel on a common manifold inside the pump house. See Figure 2. One micro-processor based controller handles all the functions of both filters. A differential pressure switch (DP switch) senses when the pressure loss across the filters, due to screen plugging, reaches 7 psi. The DP switch then signals the controller to begin a cleaning cycle. The first filter goes through its complete cleaning cycle in 8-10 seconds. The second filter then cleans itself in another 8-10 seconds. Each filter continues to filter even during its cleaning cycle preventing any interruption in total water flow to the irrigation system. Brian Watson, Irrigation Manager for Four Seasons said, “Since the filters were installed, there have been no plugged sprinklers on that irrigation zone. I am very pleased with the new filtration system.” Samples were collected before and after the filters at Pump Station #2 and the results showed a 67% reduction in TSS. The finer particles that passed through the filter and on into the irrigation system were small enough to pass through the sprinkler nozzles with no threat of clogging.

Pump Station #3 has a design flow rate of 500 gpm from two 25 hp fixed speed pumps again at 120 psi. A single all stainless steel Orival Model OR-06-PE-S filter with 100-micron screen was designed and installed at this site. See Figure 3. The same model controller used at Pump Station #2 was installed to operate this single filter. Cleaning cycles are initiated by DP and/or time and they last for about 8 seconds.

Paul Earnest says the filters have performed just as intended. Greens are protected and labor-hours are minimized. Mr. Earnest describes the operation of the filters as follows:

“Since the filters were installed, there have been no plugged sprinklers on that irrigation zone. I am very pleased with the new filtration system.”

Dirty water enters the inlet flange (see Figure 4) then passes through the coarse screen from outside-in removing large hard objects. The pre-screened water then flows to the inside of the fine screen. As water passes from inside-out in the fine screen, suspended solids are stopped if they are too big to pass through the screen openings. Clean filtered water then leaves the filter through the outlet flange. As more and more material builds up on the inside surface of the fine screen a pressure drop in the system begins to build. When a preset pressure drop threshold is reached across the fine screen, the controller is signaled to initiate a cleaning cycle. The first step in the cleaning cycle is to open the rinse valve to atmospheric pressure which quickly drops the pressure in the flush chamber. Because the hollow dirt collector connects the end openings in the nozzles to the *_flush chamber, water quickly moves from the nozzle openings, through the dirt collector into the flush chamber and out the rinse valve to a drain. Since the nozzle opening is nearly touching the screen surface, water rushes backward through the screen (outside-in) in a small area (about the size of a dime) at a velocity exceeding 50 ft/sec. This intense energy sucks off the stickiest material and expels it from the system though the rinse valve. The hydraulic motor then rotates the dirt collector while the hydraulic cylinder moves the dirt collector linearly. The spiral movement of each nozzle on the dirt collector assures that every square inch of fine screen surface is passed at least twice by a nozzle and is sucked clean of all debris in less than 10 seconds. The next cleaning cycle will begin when the pressure drop threshold is met again or until a preset time interval has been reached.

This technology demonstrates the elegance in simplicity that results in reliable performance. Golf courses east, west, north or south all encounter the same problem: too much TSS in irrigation water. Now a reliable solution has been found.